The Board of the Postal Corporation of Jamaica (Post Corp) remains focused on its mandate to effect the transformation of Jamaica’s Postal Service into a profitable, modern and efficient entity. 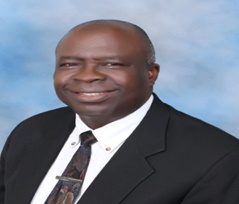 Professor Felix Akinladejo is a Professor of Computer Information Systems in the Faculty of Engineering and Computing, University of Technology (UTech) Jamaica. He holds a Bachelor’s Degree in Computer Science from Obafemi Awolowo University, Ile Ife, Nigeria, a Master’s Degree in Computer Science from University of Lagos, Nigeria, a Ph.D. in Computer Information Systems from Nova Southeastern University, Florida, USA, and a Postgraduate Diploma in Education from the University of Technology, Jamaica. He is a senior member of the IEEE and a professional member of the ACM, a member of the Caribbean Academy of Sciences, and a full member of the Jamaica Computer Society. His research interest is in applied computer technology, specifically using virtual reality technology for stroke rehabilitation, and also in the areas of database system applications and human computer interactions. His career objective is to teach and research in order to contribute to the body of knowledge in the field of Computer Science and Information Systems, and to uniquely adapt the computer technology towards solving or reducing problems that affect the society, and are also of national, regional and international significance. He is married with two daughters. 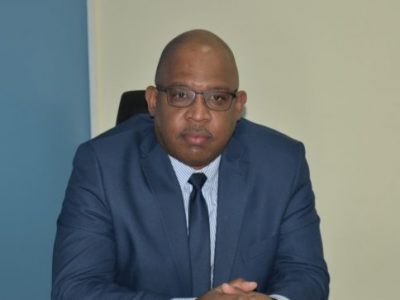 The Post and Telecommunications Department and the Postal Corporation of Jamaica are pleased to announce the appointment of our Postmaster General and Chief Executive Officer, Mr. Lincoln A. Allen, JP. Mr. Allen’s tenure commenced on Monday, March 1, 2021.

Mr. Lincoln Allen is the former Chief Executive Officer (CEO) of the Cannabis Licensing Authority (CLA), Jamaica, the government agency with responsibility for the establishment and regulation of Jamaica’s legal medicinal cannabis industry. He has been employed to the Jamaican Public Service for over twenty (20) years, many of which have been at the senior and executive management levels. His tenure during this period spans several organizations to include the Ministry of National Security (MNS), Firearm Licensing Authority (FLA), Passport Immigration and Citizenship Agency (PICA) and up until February 28, 2021, the Cannabis Licensing Authority (CLA).

The knowledge and experience that Mr. Allen acquired as he navigated the different areas of the Public Service, provided a solid foundation that enhanced his ability to operate strategically and operationally at both the executive and senior management levels. These acquired skillsets positively impacted the timely buildout of the operations of the CLA over the last thirty-six (36) months.
Since assuming duties at the CLA in March 2018, Mr. Allen’s transformational leadership skills have, among other things, strengthened the organizational structure, which has enhanced the technical capacity and capability of the entity; thus, placing it on a platform to adequately meet the needs and expectations of the industry.

Under his leadership, the Authority realized improved organizational efficiencies and the development of several policies, procedures and protocols which helped to increase accountability and transparency in support of the organization's thrust towards achieving ISO 9001:2015 certification.

Additionally, in response to the urgent need and passion being espoused for the inclusion of more small or subsistence farmers into the legal medicinal cannabis industry, Mr. Allen conceptualized the well anticipated Cultivators’ (transitional) Special Permit, with a mantra adopted by the Authority - “Transition is the Mission”. Drafting instructions for the promulgation of these regulations for this Special Permit are currently being prepared for the administration of the said Permit during the upcoming financial year.

These, among other achievements, have placed the CLA on a path to realizing one of its ambitions, to become a model agency, and eventually, a leader in the global medicinal cannabis space.

While at the Ministry of National Security, Mr. Allen who is also knowledgeable in the area of small arms control, was the government officer who had the responsibility for handling local and international policy matters pertaining to firearms, and routinely provided policy oversight for several Public Bodies within the remit of the Ministry of National Security which included the Firearm Licensing Authority (FLA) and Private Security Regulations Authority (PSRA). He was a member of Jamaica’s delegation that negotiated the United Nations Arms Trade Treaty signed and ratified by Jamaica in June 2013 and June 2014, respectively. Mr. Allen was also a member of Jamaica’s delegation that assisted CARICOM in developing draft (model) Arms Trade Treaty (ATT) legislation for consideration and adoption by its member states.

In 2016, he was seconded to the Firearm Licensing Authority as the Chief Executive Officer (CEO) where he identified systemic weaknesses within the Authority. He documented his findings in a comprehensive report entitled “Firearm Licensing Authority – Identification of Systemic Weakness and Mitigating Strategies”, dubbed the “the Allen Report” and advanced recommendations to cauterize and ameliorate said weaknesses. 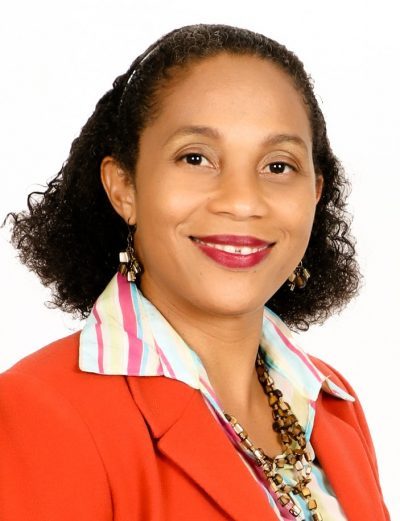 Sherine Grant joined the Board of Directors of the Postal Corporation of Jamaica in 2016 serving as the Chairperson for the Audit Committee and as a member on various other sub committees. She is a former Director on the Universal Service Fund (USF) Board of Management, where she served as the chairperson for the Procurement committee and as a member of the Strategic sub-committee among others.

Ms. Grant is a Senior Professional Services Consultant specialising in Information Technology (IT) Project Management, Business Analysis, Technical Writing, and Training. In her consultancies she has provided technical lead services on major projects for IT Network Restructuring, the implementation of Electronic Data Management, Case Management and Issue Management Systems.

Sherine is also a proud mother of three (3) children. 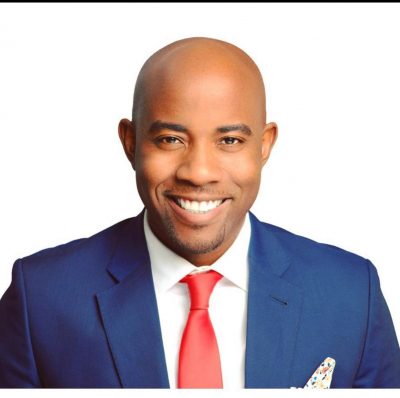 Ryan is the Co-founder and Group CEO of First Rock Group. He has 14 years of experience in the real estate and financial sectors (8 years at the executive level in the financial sector); formerly had responsibilities of leading sales, services, accounting, investments, and corporate finance teams. Ryan is a director of multiple private sector companies.

Ryan read for his Bsc in Banking and Finance and his MBA in General Management with the University of the West Indies and the University of Wales, respectively. He also studied at Wharton Business School with a focus on Distressed Asset Investing and the Harvard Business School with a focus on Creating Shareholder Value. He is a member of the First Angels Investor Group and the Young Presidents Organization (YPO). He is also a Justice of the Peace for the Parish of St. Andrew. 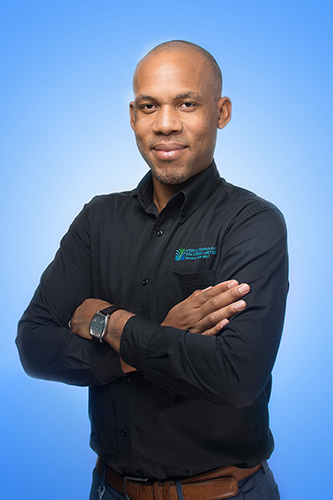 Ryan Sterling is CEO of Vertis Technology who has been helping individuals, organizations and communities across the Caribbean to use technology to enable their best. He is a husband, father and serial entrepreneur. 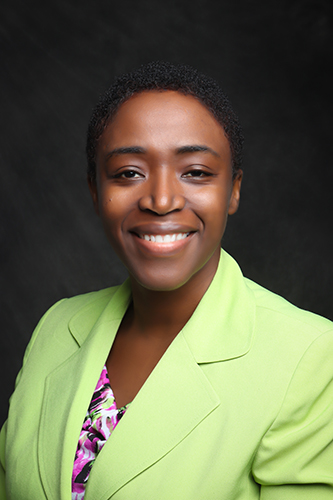 Nadine Largie joined the Board of Directors in 2020 as an independent director.

Mrs. Largie is the regional learning and development leader at PwC in the Caribbean. She has over 12 years experience in learning and development; working with an amazing team to develop, curate and deliver training for associates to partners. She has also developed and delivered training on behalf of external entities including, the Auditor General Department of Jamaica, the Private Sector Organisation of Jamaica and the Institute of Chartered Accountant of Jamaica.

Prior to leading the learning and development team, she was a senior manager in the Assurance line of service with over 10 years experience. Her experience spanned a full range of industries, including financial services, government/public services, the manufacturing and distribution sectors.

She has been a senior adjunct lecturer at the University of the West Indies for over 10 years.

She is a fellow of both the Association of Chartered Certified Accountants (ACCA) and the Institute of Chartered Accountants of Jamaica (ICAJ); with a BSc. in Accounting and Management Studies and a M.B.A in Banking and Finance from the University of the West Indies 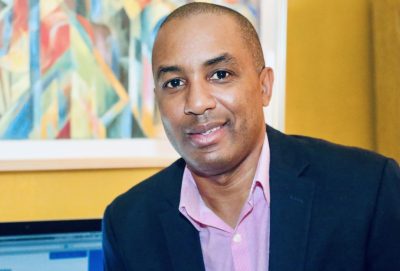 Paul Lewis joined the Board of Directors in 2021.

He is the COO of Caribbean Sales & Marketing International Limited and has over sixteen years of experience in developing distribution networks, logistics and production capabilities in the fast-moving consumer goods category (FMCG).

Paul has worked in the material handling sector overseas in used/rental sales and export business development, representing the Caterpillar brand for fifteen years across the south-east United States.

He is the chair of the Strategic Committee.

A past student of DeCarteret College and Manchester High School. He is a graduate of Embry-Riddle Aeronautical University, Daytona Beach, Florida, with a degree in Aviation Administration/Management. 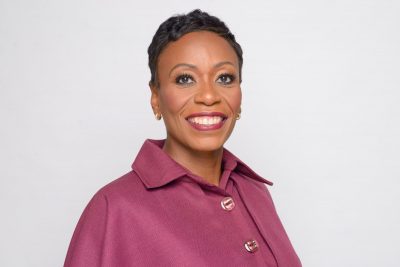 Rochelle Cameron is an attorney-at-law with 20 years at the Jamaican Bar. She served for several years as Vice President of Legal and Regulatory for Flow Caribbean where she was also Company Secretary of Cable & Wireless Jamaica Limited and its subsidiaries. She is the founder and currently CEO of Prescient Consulting Services Limited a firm which supports organisations with the development and execution of impactful legal, people and communications strategies. She is well known for her strategic management, leadership abilities, mentorship and her blend of business acumen and organizational skills allows her to be a valuable contributor on various private and public sector boards mentorship. Her diverse experience has given her considerable expertise in corporate governance, mergers & acquisitions, and business development. She has also become a widely called on public speaker for motivation and training in the corporate sphere. 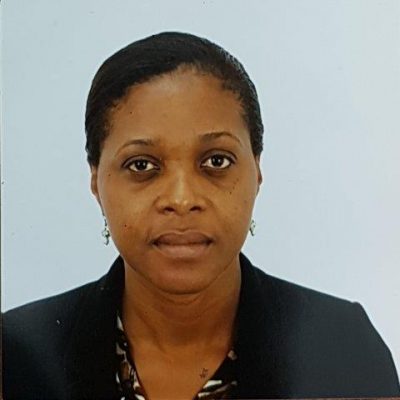 Ms. Donna Foster, a member of the Board of Directors, for Postal Corporation Jamaica Limited has over twenty (20) years combined experience in risk management, auditing and corporate governance. She has worked in both the public and private sectors and has served on other Public Sector Boards and Audit Committees. Ms. Foster is a Chartered Accountant with a BSc in Accounting and Management Studies from the University of the West Indies and ACCA certification. She is a member of the Institute of Internal Auditors (IIA) and the Institute of Chartered Accountants of Jamaica (ICAJ). 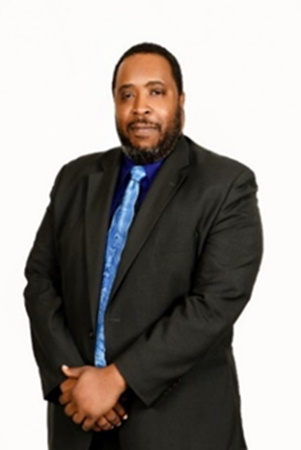 Cecil McCain is the Director, Post and Telecommunications in the Ministry of Science, Technology, Energy and Mining. In that post he provides technical and policy advice to the Government of Jamaica on postal, telecommunications and Information and Communication Technology related matters. In addition to his membership on the Board of the Postal Corporation of Jamaica, he is also a member of the Board of Management of the Universal Service Fund. Some of his most notable leadership accomplishments and appointments include:
• Member of the Caribbean Postal Union Management Committee (2007).
• Appointed by the United Nations Secretary General to the Multistakeholder Advisory Group of the Internet Governance Forum (2009 – 2013)
• Chair of the local Planning Committee for the Accessible Americas V Conference held November 2018 in Jamaica
• Lead Officer for the establishment of the Cyber Emergency Response Team in Jamaica
• Coordinated the Development of Jamaica’s National Cyber Security Strategy;
• Contributed to the review and Amendment of the Telecommunications Act in 2012
• Lead Officer for the development of the Government of Jamaica ICT Policy
Before joining the Ministry, Mr McCain worked with the Caribbean Energy Information System which is headquartered at the Scientific Research Council in Jamaica. While at the CEIS, Mr McCain played a key role in the conceptualization, development and implementation of the United Nations Development Pogram/Global Environment Facility funded Caribbean Renewable Energy Development Project.