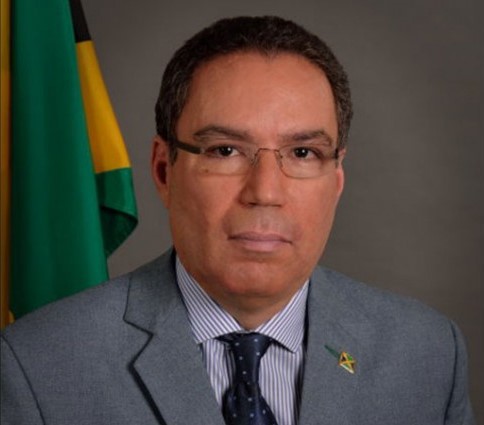 The Honourable Daryl Vaz, MP was sworn in as Minister of Science, Energy and Technology on September 13, 2020.

The major priorities of this Administration for the Ministry are the creation of an enabling environment to facilitate access to alternative sources of energy, greater incorporation of science and innovation as well as ensuring universal access to broadband and wireless services as a right for all Jamaicans, with a specific focus on rural Jamaica.

He was tasked with ensuring that water and housing projects are accelerated and that special economic projects, such as the Special Economic Zones come to fruition.

He was an Opposition Spokesman on Land and the Environment as well as ICT and Digital Society Development.

Minister Vaz is the sitting Member of Parliament for Western Portland, a seat he has held since 2007. During the course of his political career, Minister Vaz served as Deputy Treasurer of the Jamaica Labour Party, a post he held from 2006 to 2010.

An astute businessman, Minister Vaz was the Founding President of the Jamaica Used Car Dealers Association.

He is married to Ann-Marie Theresa Vaz, JP, Member of Parliament for Eastern Portland. They have five children.